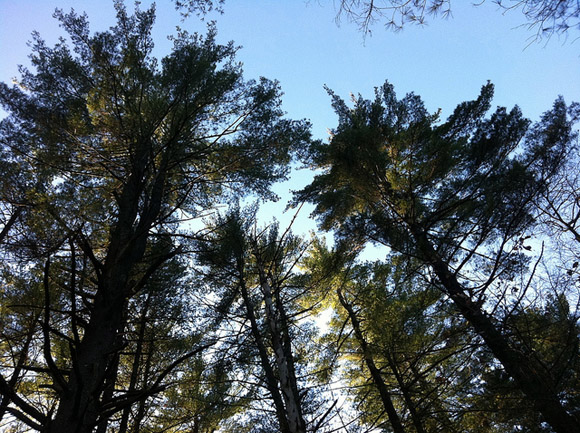 Now I'm sharing that list here with you in the hopes that you will glean something useful from it. END_OF_DOCUMENT_TOKEN_TO_BE_REPLACED

Last week my nephew celebrated his first birthday and over the weekend I attended two birthday parties for him. I watched as he opened numerous presents and found himself surrounded with more toys than he could possibly know what to do with.

He played with each toy for a few moments until he seemed to become so overwhelmed by everything around him that he reached up for his mother (my sister) with open arms. The abundance was too much. He just wanted simplicity.

It was easier to return to the familiar comfort of his mothers' arms than it was to indulge in the excess of toys surrounding him.

I realized that like my nephew being surrounded with toys, we often surround ourselves with more than we know what to do with and, as a result, we become physically and psychologically overloaded.

Stress, feelings of isolation, boredom, a missing sense of purpose and direction, confusion, self-doubt, a lack of enthusiasm -- all of these are evidence of living with more than we can handle. END_OF_DOCUMENT_TOKEN_TO_BE_REPLACED

As a runner up to my previous post, From Bad to Worse, I must say that if I wasn't able to let go of the stress things like that cause, I don't know what I'd do with myself. By the time I arrived at the office in Cambridge, my head was really all over the place, thinking about what I was going to do about the gas. The programming work that I do requires my full attention, and generally nothing will get finished unless I can zone out everything else and concentrate entirely on what I'm working on. This mostly applies to programming, but I've noticed the same "singular concentration" requirement in other things I do (writing, and working out for example). The project I'm working on at Aerva needs to be finished this week, and I had results to show by the end of the day. So I knew I had no choice. I had work to finish regardless of what else was going on in my life. So I took a deep breath and let it go. I realized that no matter how significant your problem is, there's always someone out there who has it even worse.

When your list of problems seem endless, think about the moment. You're alive. Don't create your near future in your head using all the problems that formed in the past (even 30 seconds ago is the past). Deal with the problems at hand, and think of the future (the next minute is the future too) as a clean slate, a mold to which you can create anything you wish. Sure, current and past unresolved problems will have an effect on that future mold, but why think about what that mold might be? Some of your problems might resolve themselves. Unseen future circumstances will undoubtedly have an effect on the future as well, so leave the future to create itself when the time comes. Don't dwell upon it. Stress and worry comes from the prediction of an unhappy fate. Prevent your mind from predicting your fate and the stress and worry will cease to exist. You have the power to influence any part of your future. Believe in yourself and use that power.