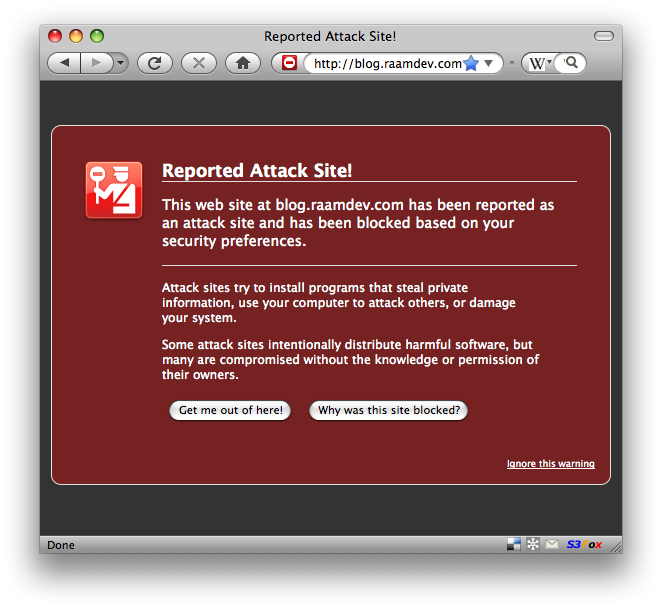 I'm sure some of you must have seen this warning when you tried to visit my site. Fear not, I have fixed the problem. There was an old file on my domain that had a link to a site that was defined as "malicious" by Google, so they basically added my entire domain to the watch list. I removed the file and, after asking Google to check my site again using Google's Webmaster Tools, they removed my domain from the list.

So, how did I find the few pages (among thousands of files on my site) that contained a link to the malicious site Google was blocking me for? I logged into my site via SSH and ran a command like the following:

This basically searched every single .htm or .html file inside my public_html directory and returned anything that contained the IP address I was looking for. Whenever there was a match, the filename that preceded the output was the offending file. I'm sure there's a more elegant way of doing this, but hell, I just wanted to fix the problem!

Although this was annoying to deal with, it made me feel good that Google is actually keeping track of these things and, with the help of Firefox, is warning people of such sites. Site owners must be vigilant in fixing such problems or they risk losing loads of traffic from Google (and from visitors with Firefox).