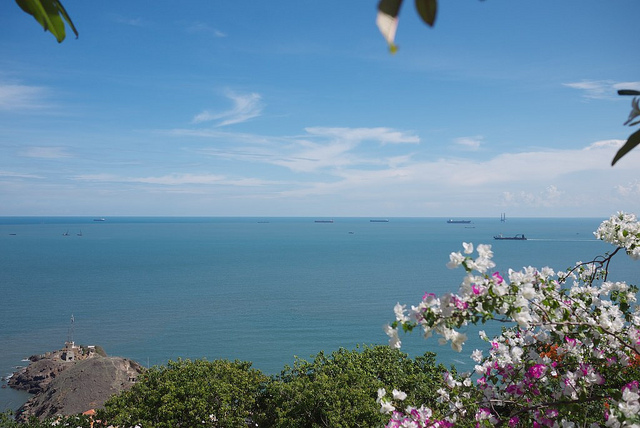 When Martin Luther King, Jr. envisioned a future America where the color of his skin didn't determine his rights as a citizen and as a human being, he couldn't see the path between that point in history and the election of a black president. But did that stop him?

When Mahatma Gandhi envisioned a future where India was free and independent, he couldn't see the path between that point in history and a free country with the largest democracy in the world. But did that stop him?

When Nelson Mandela envisioned a future South Africa with a multi-racial democracy, he couldn't see the path between the 27 years he spent in prison and the day he became elected president of that country. But did that stop him?

These stories can be found everywhere, across the entire planet. The three I just mentioned are probably familiar, but what about the billions of people who live every day in poverty and yet never stop envisioning a better standard of living?

What about the millions of single mothers who sacrifice every day while envisioning a better life for their children? Or the family who lost everything and chose to envision a future where they're still grateful to have each other?

What about the cancer survivor who envisioned life after certain death, and then survived?

Since the beginning of time, people have shaped the world around them not through doubting themselves but through believing in something so strongly that the universe had no choice but to listen.

Envisioning the future gives you an opportunity to see the possibility in the seemingly impossible. But if you don't take action -- if you don't risk making mistakes and overcoming your fear of failure -- that possibility remains inert. That future remains out of reach.

All it takes is one step. One step towards your vision. Start that project. Find others on a similar path with whom to collaborate. Look for the missing pieces between here and your envisioned future and then start building the road to get there. Every day. One step at a time.

There are no shortcuts. There are no free rides to the future. It's all in your hands. The future is yours.