When I was 13 or 14 years old I discovered the need for something to easily change the connections made between VCR's, tape decks, and speakers. I needed to change inputs and move cables around to different ports. Constantly moving around equipment to access the ports on the back was becoming very cumbersome. I needed an AV Selector. Although one probably existed at the time, I didn't know of its existence and so I marched on with inventing one.

I had never soldered before, and this was the first time I found a real purpose to solder. My solution was simple: Connect each of the cables coming from the equipment into a box that was easily accessible. For each port on the equipment, the box would have two ports: one that connects from the equipment to the box and then another on the box that connects to another one of these boxes, which is connected to yet more equipment. This would allow me to be able to unplug and change the connections easily by simply manging the connections on the boxes.

To help you understand how this actually worked, I whipped up a quick diagram:

So I bought some parts from the local RadioShack, including a little plastic project box which needed to have openings cut out for the ports (very difficult without the right tools -- I think I used a razor and broke a few blades). A few hours later, and my invention was complete. It certainly wasn't pretty, but it worked exactly as I planned! 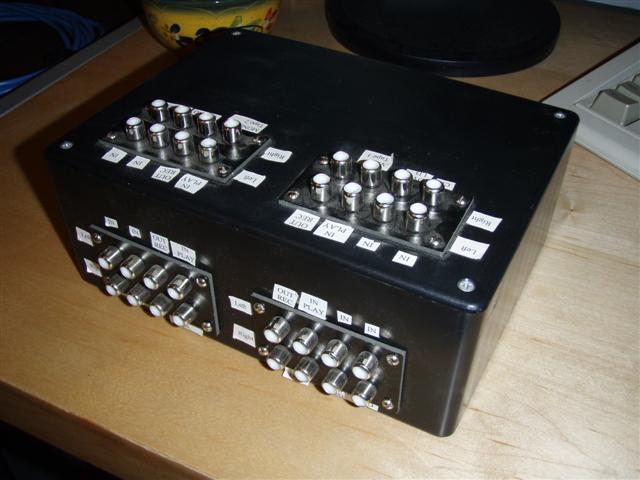 Of course there are much more professional AV Switchers out there now, such as this one made by Sony: 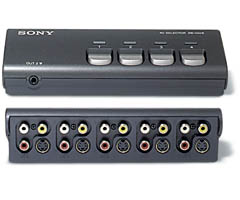