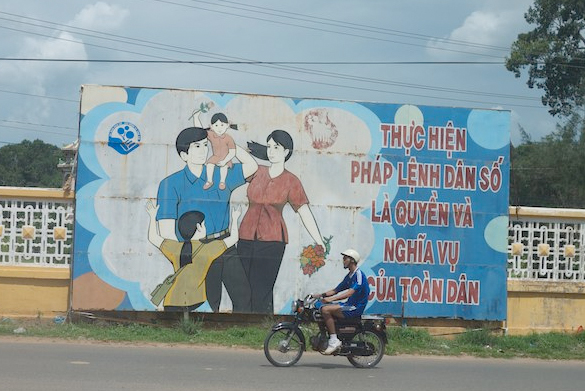 My bladder was about to burst.

Just a few more minutes, two more pages and I'll stop and run to the restroom.

OK, back to work. I'm on a roll. No time for lunch today.

And so went the three weeks that I spent putting together my first ebook. When it comes down to it I can be very stubborn, even obsessive. It's a quality I struggle to put to good use, but when it finds good use it's amazing what gets done.

The staff at the cafe knew me by name -- some of them even have my phone number. When I arrived, they knew what I would order and where I would sit. Sometimes they would inquire as to what I was working on. Sometimes they would leave me notes telling me how impressed they were by my diligence.

When the cafe closed at ten, I would walk back to my hotel room, past the crowds of drunken tourists who were loudly making their way into one of several clubs, where even louder music was blaring, filling the streets of Kathmandu with sounds that didn't quite fit with my idea of rugged and romantic Nepal -- a country at the top of the world, home to the tallest mountains on the planet.

I would plug in my laptop, lay down on the bed, and continue working until two in the morning, wrestling with unreliable WiFi and the occasional power outage while the sound of monsoon rains trickled in through my window. Five hours later I would wake up and repeat the entire process again.

I was enjoying every moment of it. There wasn't a single day where I wished I could stop and take a break. Every single day was filled with pure enthusiasm, pure motivation. There was absolutely nothing I would've rather been doing, not even catching up on sleep or exploring the back streets of Kathmandu.

But why? Why I was working so hard with no apparent short-term reward or promise for success?

It's because for the past three weeks, the only thing that mattered in my life was the completion of that ebook. Everything else -- from eating lunch, to using the restroom, to sleeping -- was simply an obstacle I needed to get around to continue working towards that goal. The ebook project was the only bigger picture in my life.

And then the project was over. The ebook was released and everything I spent day and night focusing on, dedicating all my time and energy to, was gone. I was left feeling lost and wondering where I was and what I should be doing next.

That relentless feeling of enthusiasm seemed to vanish overnight.

There are lots of things that we do for a bigger picture. We take care of our health or save a portion of our paycheck for the long-term health effects or the ability to have money when we need it. We fill our car with gas so that we can commute to work and earn money to support our family.

We simply could not function if all we did was tackle the big pictures.

What would happen if before filling our car with gas, we tried to list every single road we would drive on and every single place we would go with that tank of gas?

What if before we saved a portion of our paycheck, we tried to list every single thing that money might be used for in the future?

What if before we started exercising or eating healthy, we tried to determine every single illness and discomfort that we might avoid?

To affect the bigger picture, we need to focus on smaller, more manageable chunks. We need to take a tiny piece of that big picture and relentlessly focus on it until it's ready for us to move on to the next piece.

We need to temporarily make the smaller picture our bigger picture.

And that's exactly what I did for this project. For three weeks, the only goal in my life was the completion of this ebook.

But then something unexpected happened. After spending so many days and nights focusing on the project, I was left outside looking back in; the bigger picture was now just one piece in a giant incomplete puzzle.

The urge to fall back and continue focusing on that one single piece of the puzzle was strong, but I knew that if I did that, nothing further would be accomplished. Falling back and focusing on the already-complete smaller picture wouldn't do anything to affect the bigger picture.

It didn't take me very long to remember what the real bigger picture was -- an entire world in need of help -- but the experience made me realize why there are so many organizations, charities, and even individuals who are not doing everything they can to help.

It reminded me how easy it was to get distracted and lose sight of what matters.

As if the universe heard my thoughts and agreed with me, I was provided with an example to reinforce my realization.

The next day, an email arrived in my inbox from a new reader who had read the sections about micro-financing in the ebook. They wanted to alert my attention to a recent article in the NYTimes about how microfinancing was being misused.

For those who aren't familiar with microfinancing, it's a type of loan provided to small business owners and entrepreneurs, oftentimes in poor countries. The loans are generally small amounts of money -- as little as $10 -- and like any other loan an interest rate is charged.

However, microfinancing has grown so popular that some greedy people see it as valuable avenue for making money. Some lenders charge exorbitant interest rates -- sometimes as high as 90% -- in attempt to make more money and reduce their own risk.

The very people who are supposed to be helping rid the world of poverty were leeching money and stealing from the poor!

They were focusing their attention on the smaller picture and they had entirely lost sight of the bigger picture.

Poverty is the bigger picture. The smaller picture is their need to make enough money to support themselves. As long as they only focus on the small picture, the big picture -- poverty -- will never be solved. Instead of solving poverty, they will be doing the exact opposite and ensuring that poverty remains an excuse to continue filling their pockets.

It should be noted that Kiva, a popular organization that assists in the microfinancing process and one that was recommended twice in the ebook, goes through a lot of trouble to ensure the money loaned through their website is not misused. You can read their full response to the NYTimes article here.

I am in no way discouraging the use of microfinancing. I'm simply using the NYTimes news article as an example to show how losing sight of the bigger picture can cause us to forget what we're working for in the first place.

After getting even less sleep during the night of the ebook launch, I spent the following three days sleeping nine to ten hours and eating a full meals.

I spent lots of time contemplating the prior three weeks and the strange feelings that were a result of the sudden completion of the project. I spent time thinking about how those feelings were so closely linked to how one of the greatest promises for ridding the world of poverty could so easily be misused and turned backwards.

Most bad things that happen in our life occur because we let ourselves get caught up in the moment. We take our eyes off the bigger picture and we lose sight of what really matters.

It happens all the time.

It's obsessively checking the statistics for your blog instead of providing your readers with valuable content.

It's focusing on what you want to say in a conversation instead of hearing what the other person is saying.

It's becoming frustrated with a family member instead of remembering that today could be your last chance to express how much you love them.

What bigger picture do you focus on throughout your day? Do you find yourself occasionally feeling lost and losing sight of what matters?