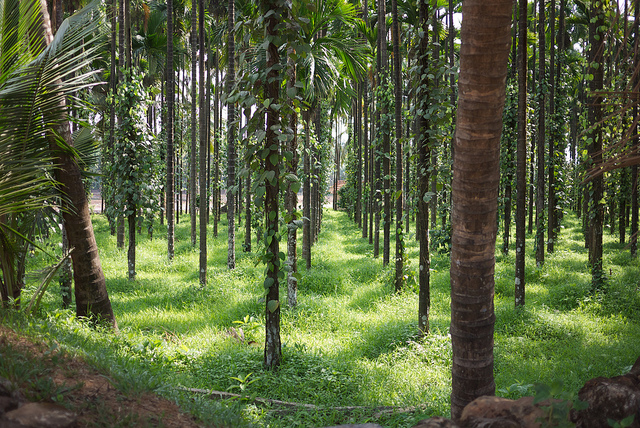 I was holding back tears and trying to swallow intense emotions that were bubbling to the surface. The room was dimly lit and the stadium-style seats were the most comfortable chairs I had felt in more than six months. I looked at the cup of coffee in my hand and, closing my eyes, I slowly touched it to my face and felt the warmth of its contents.

Only 24 hours earlier I had been in another country, a place on the opposite side of the world so foreign and so different that it was easy to forget that I didn't just arrive from another planet. Obvious differences stood out, but it was the subtle differences that really made the biggest impact.

The first thing I noticed was the faster pace of life. It's not so much the physical speed of things, but pace at which you're expected to respond to and process information. Simple things like paying for something at the register or answering the telephone felt hurried or rushed. Even conversations seemed needlessly accelerated. It feels as though you're expected to think, act, and operate like a machine.

Everything also feels so geometrically perfect and picturesque. The paint on every house is neat and artistic; the doors are perfectly square; the windows, sometimes bigger than me, are made of perfectly clear glass.

The cars are fancy and they all seem to be well kept. Even really old cars and trucks look relatively new. Buses, trains, subways, and taxis. They all look like they were designed to last a thousand years.

Roads are flat and well maintained. Sidewalks can be found almost everywhere. Some roads even have separately marked lanes for bicycles!

All the people seem to be wearing new clothes. Even their bags and purses look like they just came off the shelf. Many people seem dressed well enough to appear in a movie. In fact, if you spend time watching people in a public area, you might actually begin to think that they really are acting out a movie!

Every line, wall, pillar, and post that should be straight is straight. Every circle that should be circle is circle. Every chair, table, light fixture, and floor is perfectly manufactured. There are no cutting corners, no makeshift replacements, no cheap materials.

Things are, in fact, so perfectly orchestrated and manufactured that everyone here seems to have run out of things to make perfect. They've now turned their attention towards nature itself.

They uproot trees and move them around, create their own visually appealing dirt and call it "mulch", cut squares and circles into their concrete creations to design miniature pieces of nature to decorate the landscape and make their concrete jungles a little more appealing.

They don't even stop with trees and flowers. They've begun modifying the fruits and vegetables; not even the animals are spared!

These people, with so much technology, knowledge, abundance, and resources, seem bored out of their minds. They start conversations about meaningless things and quarrel over issues of no significance. Their entire life seems to be full of searching for things to keep them mentally and physically occupied.

They can be seen voluntarily doing mundane things like mowing their grass, cleaning their cars, buying things they don't need, and starting arguments just for the sake of arguing. When they run out of ideas for pointless discussions, or when they just get bored of themselves, they watch television to get ideas for more pointless things to gossip about.

It's incredibly sad to see so much potential going to waste, to see so many people with so much power sit idly and twiddle their thumbs. Even stranger, it seems like many of them can sense that something doesn't feel quite right.

The ironic thing is, I've lived nearly my entire life feeling exactly the same way, going through the same ups and downs, solving and making problems simply because they were there to be made or solved.

Insulated from real hardship, I voluntarily created hardship to challenge myself. I put myself deeper and deeper into debt, bought things I didn't need, and pushed myself to work harder and harder until I burned out and needed to take a vacation.

I lived in a bubble where everything I needed was provided for me so long as I chose to conform to the rules and keep the mask of ignorance over my face.

When my thirst for reality finally got strong enough -- when my burning curiosity finally overcame the fear of change and the fear of the unknown -- I broke free. I stepped outside of that bubble. I took a walk on the wild side, into the great unknown, where I might get mugged, shot, kidnapped, or catch a deadly disease and die a horrible death.

And you know what happen? I survived. I lived. I got a taste of reality.

I got to see firsthand the way the majority of the rest of the world actually lives.

Life, while perhaps more chaotic and risky, felt more authentic and peaceful. Time seemed to slow down to a pace that felt more human. The people, while less restricted by laws and social stigmas, felt more genuine and neighborly. The lack of education and easy access to comfort didn't make them more primitive, it made them more motivated to do things that mattered.

Happiness wasn't something to look forward to on the weekend, but rather something to share between two people over tea. There were fewer fake smiles, more genuine handshakes, and a general feeling of enjoying life and living in the moment.

As I swallowed that lump in my throat and rapidly blinked my eyes to dry the oncoming tears, I realized that I was feeling an extreme sense of good fortune. I was feeling so grateful for everything I had been given in life that it brought tears to my eyes.

Sitting in the dark comfort of the movie theater with my parents, waiting for the movie to start, I couldn't help but think about the thousands of scrawny kids I saw living on the streets. What was I doing? While I was holding that warm drink in my hands, hundreds of thousands of kids were going to bed on a cold dirt floors.

Why should 17,000 children die every day from things that we've already found a way to prevent? Why should there be people worrying about where they will find their next meal so they can stay alive while others are busy finding ways to entertain themselves and create strawberry flavored water?

Shouldn't we be setting an example for the rest of the world to follow? As a privileged people with access to such an abundance of resources and information, shouldn't we be doing more to balance the inequality that exists?

I'm sick of sitting around. I'm sick of reading statistics. I'm sick of seeing people waste away their life arguing over things of absolutely no significance. I'm sick of hearing people complain about going to work on Monday and then getting excited about drinking and partying on Friday.

All of us are privileged. The very fact that we can talk about these things -- that we can write, read, and discuss the things that we do -- makes us privileged.

Every time I hear a conversation or see someone doing something not directly related to survival, I'm reminded of how privileged I am. Those little daily events have become constant reminders that are fueling the growing fire inside me.

The meaning of life isn't defined by anyone. It's what you make of it. If you make your life a meaningless string of complaints and selfish pursuits, you'll only have yourself to blame when life feels empty.