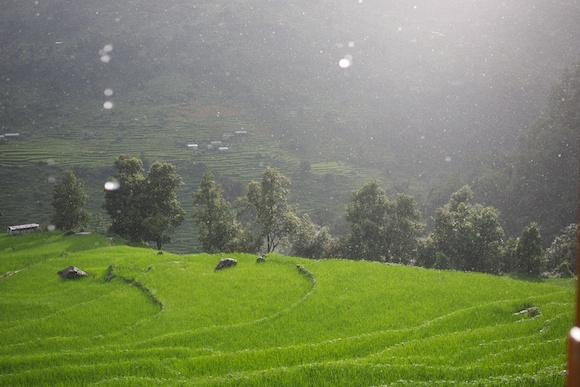 Imagine a city where every resident was someone who had changed the world in a big way -- Mahatma Gandhi, Albert Einstein, Alexander the Great, Mother Theresa, The Wright Brothers, Leonardo da Vinci, Thomas Edison, and any other famous person who has ever changed the course of history.

Now imagine you're strolling around that city and watching all those great people walk around, except that none of them know who they are; none of them realize the impact they're going to have on the future of the planet.

Right now this world is full of people like that. People who are powerhouses of potential. People with an incredible capacity for greatness but who walk around seemingly unaware of that fact, unaware that they have the power to become passionate leaders, creative innovators, magical healers, and moving motivators.

Do you think Einstein was thinking about the impact he would have on science when he was coming up with the theory of relativity? Do you think Mahatma Gandhi or Mother Theresa woke up every morning and thought about how much people would talk about them after they were gone?

Every human that has ever lived was just that: human. They were no different than you or me. Their potential wasn't any greater than ours. In fact, with so much knowledge and technology at our disposal, we have more potential today than any famous person who has ever walked on Earth.

The world is full of potential changemakers. They're everywhere. Almost seven billion of us at last count. For those of us who cease the opportunity available to us, the world will change in response to our actions.

We may only be able to change our small world. The history books might not remember our names. The only thing we might be able to change is ourselves and we might only leave a positive impact on the lives of those around us. But what's important to remember is that's enough.

Each of us is like a tiny raindrop. We might only make a little ripple in the sea of time, but collectively our ripples become waves of change. The size of the ripple isn't important, but it must be consistent. It must be relentless.

All great changemakers recognize they can only do so much, but they know that what they can do should be done with great passion, dedication, and fearlessness.

Live your life the way you'd like to see the waves build. Initiate movement. Lead the flow. Shake the system. Challenge the status quo. Make a ripple. Make a ruckus. It's up to you now.