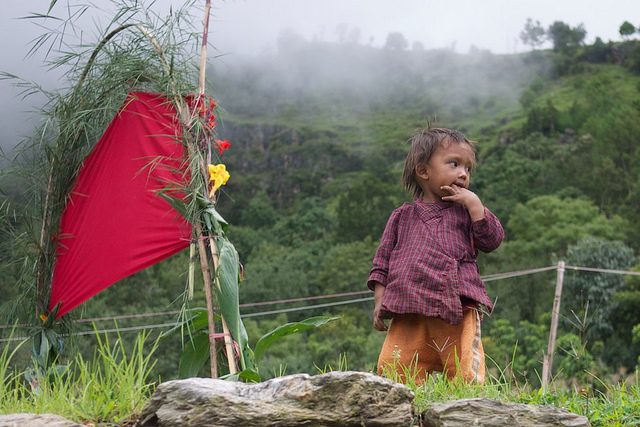 "He had an Afro and he was wearing big pink sunglasses... he said he was a Vietnam vet and that he had been stocking up on canned food in his trailer-park home for the past two years."

"I have no idea why you would be talking to a drunk guy with pink sunglasses at the bar, but anyway what was he afraid of? What was he planning for?"

"He just came up to me and started talking. He said there's a revolution coming and the whole world is going to change. He's getting ready and planning for the worst. I wasn't really taking this guy seriously, but I've heard a lot of people talking about a revolution. Rumors mostly, but lots of people seem to think something is going to happen."

"Yeah, there's a lot of messed up stuff going on and something needs to change. I don't know. A revolution might happen but I don't think people are going to be on the streets with guns shooting and robbing each other."

I overheard this conversation between to guys sitting at the table next to me in a coffee shop in Boston. It got me thinking: How many other people might be "talking about a revolution coming"?

And if lots of people were talking, why wasn't anything happening? If so many people knew "there's lots of messed up stuff going on and something needs to change", why wasn't more being done to change it?

Your small acts of resistance -- your stubborn defiance against your inner pessimist and your refusal to accept from the world anything less than what you believe is right -- that will start the revolution. That will create the momentum that's needed.

You can be a bystander. You can watch from the sidelines as the world around you changes in response to the actions of a few. You can complain, criticize, and condemn all the negative things that are happening. You can feel powerless to make a difference. You can sit back and watch life pass you by like a movie, waiting only for the end to arrive before you stand up.

Or you can stand up right now and take matters into your own hands. You can throw the status quo overboard and become a leader and a trendsetter. You can become an innovator and an instigator. A fire starter. A changemaker. A revolutionary. You can stop being afraid and become the person you wish you saw in everybody else.

You can refuse to accept things as they are and do what's necessary to start changing them. You can empower yourself by any and all means. You can take charge. You can refuse mediocrity and rectify injustice. You can stand tall, keep your head up, and hold onto your beliefs.

Ask yourself what you would die for so that you may know the reason you're living.

Identify what your revolution needs and start working towards creating it. Set high goals and march in their direction with relentless dedication and commitment.

Anything your life may need to support your revolution is yours to be had. Expertise, influence, health, wealth, knowledge, experience. The only limits are the ones that you set for yourself. Nothing is out of reach.

The revolution starts when you choose to become a revolutionary.